Just added to the shelves of the AAUGH.com reference library… well, not to the shelves, they’re pretty full, but to one of the piles near the shelves (I really do have to get this all straightened out one day) is It’s Springtime Snoopy, which is really a beginning English language primer. This 1984 book takes the material from a handful of strips and runs it kiddie-book style, one panel per page, with the text taken out of the word balloons and typeset in both Japanese and English. The strips focus on Easter (except for the last one, the April Fool’s strip), which means this is a bit of a cultural introduction, as Easter is not a holiday that has really been ported over to Japan (particularly in its American form with all the eggs.) There are text-heavy pages at the end explaining Easter (and boy, I don’t envy whoever had to explain what bunnies have to do with eggs), as well as introducing the characters.

The book comes in a boxed set with a cassette, which I’ve not unwrapped from its shrink-wrapped book format packaging, but which I presume is a recording of the content in the book, so folks learning English can hear how it sounds.

On the Japanese theme, let me follow up on the earlier posts about Snoopy magazine. A helpful Japanese-literate AAUGH Blog reader translated some of the cover text for us, letting me know that the book, carries the date of June 1, 1972, that it was published in the first of every month by Truru Comics, and that it was Volume 2, number 6 (Consecutive numbering, number 9). But my favorite part is that it’s “Japanese National Railway Special Publication Magazine Number 818.” Cool, eh? 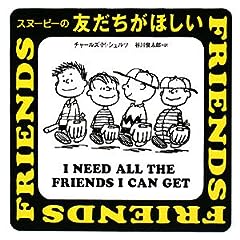 I’ve been looking at what Amazon’s Japan branch is offering up, and it looks like they’ve been getting into the American gift books lately. This year, they’ve put out translations of the Happiness Is A Warm Puppy books. I was thinking that they split up the Peanuts Guide To Life into multiple volumes (as the British did), but then I saw that that page count was the same for volume 1 as for the US edition… which means they may have made a new second volume. I may have to order one just to verify this.

(Speaking of the Happiness is books… if you were aggravated because you missed on the boxed set of all eight books (plus the cookbook) in the doghouse box, it’s back in stock.)

What is the latest craze for unlicensed print-on-demand and Kindle Peanuts books? Let’s take a look! All eight of these trivia books came out in the past 5 weeks. And all of them are pretty clearly unlicensed. Not that they don’t take copyright seriously, mind you. Copyright is a very …

So it looks as though the same bozos who have been repeatedly publishing unlicensed Kindle collections of Peanuts works are also doing the same with Diary of a Wimpy Kid books… and labeling them as being Peanuts. (I’m not going to link in this case — my “hey, look at this!” …

Some of you will remember my fascination with (and love of) the set of badly traced bootleg Peanuts from communist-era Poland.   It was while chasing after more on this that I came upon something that might be even more amazing. Something I have instant love for, from the same …